Abundance or Lack? You choose! 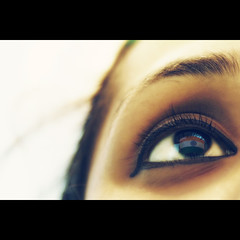 My relationship to money has – for a long while – been one of abundance and expectation.

In a other articles,  I told you about my friend whose belief in lack and limitation held her back.  Even though she didn’t know clearly what she believed deep down, subconsciously lack always appeared.

Let start with the definition of abundance.  It can be large quantities of something.  For example, thinking in negative ways such beliefs that hold you back(!)  Worrying (!)  Not having enough (!)   Or shift to thinking in positive way?

I know I struggle with abundance because of  subconscious beliefs.

For me, they’re not so much about money.

I expect money to be readily available to me and it (mostly!) always has been. I didn’t grow up with a lot of money and I don’t come from a family that was well-off.

But I’ve always been a little different than my family.

After all, I’m the one that ventured far from my home in the United States at a young age on an adventure to Australia. I’m still on that adventure decades later! I broke the mold in many ways.

We all have our challenges and though money hasn’t been my big issue, it is for many of many.

Women deal with shifting roles in the workplace and in the family.  Our beliefs are always competing images from the media on what is happiness.

If so, you’re not alone.

Even if you’re ‘friendly’ with money and don’t have big money issues you’re aware of, if you’re not making enough of it, there’s something ‘gumming up the works’.

Something in the way of all the money in our abundant universe flows to everyone when we are open.   Money is the way that value is acknowledged. It is that simple. Often the path to realizing our financial abundance is strewn with obstacles.

Sometimes the obstacles are of your own creation, sometimes they’re land mines planted by someone else – family of origin, spouses, friends, colleagues….

Liberate Your Heart’s Longing to Live a Life On Purpose

Removing those subconscious beliefs that hold you back towards abundance is the first step!  What to know more?

I would love you hear from you – just drop me a note about how you felt about this post.