Skip to content
Home » Blog » Spiritual Business » When You Can – What is your experience going to be?
Previous Next

When You Can – What is your experience going to be? 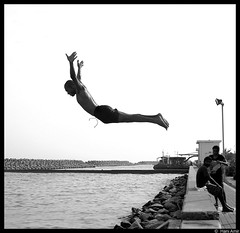 I have a friend who has been walking a path of spiritual awareness for many years. Like any path, it has its ups and downs and bumps in the road. She tells a funny story of taking a class designed to get the participants in touch with their limiting beliefs about money and finances.

One of the things they touched on in the class was money coming from expected and unexpected sources. The idea was that we limit our experience by limiting our thoughts. By deciding – consciously or not – what our experience is going to be. That includes what we will do to generate income, how and where it will come from.

We can sometimes see this in a very linear or limited way, putting our views through our filter of lack and limitation. We can do this without realizing that we are, or that we even have these limiting beliefs. But we do it just the same.

Her story was being partnered with a friend to explore possible paths of income and to discuss beliefs about their ability to produce that income and how it would work. What she learned was that she had some very definite ideas she wasn’t aware of.

Her belief was that there was a limit on her resources and possibly her abilities. Even though she had been an accomplished business owner for many years, self-supporting and successful, she didn’t see herself that way. For a whole variety of reasons, her view of her own abilities and possibilities was limited.

She was afraid of being on her own, even though she had been for many years. She kept choosing business partners that fit her small vision of herself, holding her in place and keeping her from realizing her great potential. She would find people (without realizing it) that mirrored her world view and as a result they were successful and profitable, but there was always a nagging feeling of being off balance, not quite on the right track and not getting to the really big money she said she wanted.

The funny part of the story that I mentioned earlier is that they did a series of explorations in the class of beliefs and values, but also how money manifests for each of us. They wound back to the expected and obvious sources of income and then the unexpected sources – the ones you aren’t aware of, but that the universe certainly is.

She told her friend she was partnering with that it couldn’t possibly work this way. Why? Because she didn’t know any unexpected sources! They laugh about that still, years later. Things have changed and shifted for her since and she’s let go of many of her limiting beliefs, but it’s a good thing to consider – and a funny story that always gets laughs.

Do you resist your own greatness, because you can’t see where it can come from? Do you perceive lack and limitation or wide open possibility? Is this something you’d like to explore and perhaps resolve once and for all?  What is your experience going to be?

Thoughts? Comment’s? I would love you hear from you – just drop me a note about how you felt about this post.