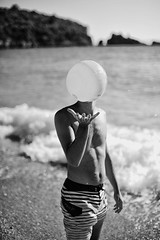 We are use to following our intuition.  When we lose things – our keys, a piece of paper, a book – something you had a minute ago and it seems to be gone, even if you haven’t moved. You know what I’m referring to, I’m certain. Gandhi would ask  for guidance from the unseen.

Did you ever consider that the thing isn’t lost – IT knows where IT is, it’s just not evident to you? I know, it’s a different and perhaps strange way of looking at something, but it’s true.

When you misplace something and you get quiet and focus on what you know about it- its shape, its weight.  Any detail that allows you to relax and focus on the lost item, you often get a message about where it might be. People have used this successfully to locate lost objects – it’s the beginning of a skill high-level initiative people use to find missing objects, pets or sometimes people.

A woman who worked for several internationally renowned intelligence agencies  told her that this was how the beginning of searches began. Someone would describe what was either missing or they you’re looking for. It was very important NOT to identify the details exactly, but rather to describe the thing.

The Cosmic and the Unseen

If you’re slightly skeptical about intuition, you wouldn’t be alone. Or even using your own inner knowing.  Intuition is often described as a gut reaction and the ability to understand something instinctively, without the need for conscious reasoning.

People who use their intuition tend to think it is a momentary phenomenon, not something that can be recaptured and perfected. Think about other things you can’t see yet experience – gravity say, or air.

Your inner knowing, inner truth is likened to what Gandhi was once asked “where are you going to get the money?” to which he replied “from where it is right now”.  So where did he get his answers.  Is there something greater he had tapped into?

Yes,  Gandhi tapped into that part of himself that knows everything – maybe even greater than intuition.

♥all thoughts he ever had,
♥living every experience
♥participated in every incarnation,
♥all the way back to the beginning of his soul’s path.

This question asked by Gandhi implies a knowing that one thing – money in this case – exists, but it just needs to make itself known.  Focus and faith will avail ourselves of it and put it to use.  So can you accept things that you can’t see or aren’t sure of as Gandhi did? .

It’s part of the mystery of the universe and as  a highly evolved creation you are capable of mysterious and wonderful things.  If we choose not to  a different way of looking at life, everyday, ignoring sometimes even dismissing, we miss out on possibilities.